Vasculitis Ireland Awareness took the lead in organizing the very first European Patient Conference preceding the 20th International Vasculitis and ANCA workshop in Dublin. Vasculitis International supported them and helped them to make this a success.

...This patient event is really important to us... 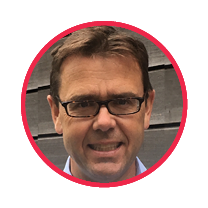 The organizing committee of the 20th International Vasculitis and ANCA Workshop expressed a keen interest in a patient conference preceding the actual scientific conference.

Yet there were no resources available. No money, no staff. Just a group of very motivated people in the Irish patient advocacy group called Vasculitis Ireland Awareness. Soon followed by some young researchers from several European countries.

As Vasculitis International we decided to help and a group was formed with patient advocates and young researchers from countries like Ireland, the United Kingdom, The Netherlands, Belgium, Spain, Malta, the Czech Republic etc.

With combined efforts a programs has been put together for a hybrid event with 15 sessions including 22 presentations on many different vasculitis related topics as well as an art workshop.

We applied for a grant from the European Joint Program for Rare Diseases (EJP-RD) and managed to get €16.000.

The plan was to not only stream the presentations on line but also offer immediate on-line translation for people who do not master the English language.  On top of that we wanted to record all sessions and put them on this website in order to allow everybody to view them later on.

We also decided to do a kind of “talkshow” at the end of every day of the scientific conference to give patients a taste of the scientific conference as well. So every evening we invited 3 professional attendees asking them to try to explain in lay language in what research area they are working and what presentations they were particularly interested in. We managed to get both very junior and very experienced researchers in the panel from many different countries. Which resulted in three very informal, cheerful and educational happenings.

Since the budget was not sufficient to do all this we managed to get some extra funding from The Saturday Hospital Fund, Vifor Pharma, Vasculitis Ireland Awareness and Vasculitis International.

The result of all this was a vivid exciting, hybrid patient conference and a lot of video’s now available on this website for everybody to view.

All in all a terrific job done by both Julie Power’s Irish team and the extended project team from Vasculitis International and vasculitis researchers.

Ultimately one might say that this was a fantastic proof of concept for an organization as Vasculitis International, given our slogan:

let us see if we can do it again for the next conference in Barcelona !