The Trust was originally set up in 1992, by the family and friends of Stuart Strange. Stuart died in his late 20’s from the complications of Wegener’s Granulomatosis.

During the time Stuart spent in Papworth hospital he started to raise funds for vasculitis patients. Following Stuart’s death his sister Sue and his wife Rachel decided they would carry on with the work Stuart had started and vowed do everything they could to help other victims of this devastating disease which, until Stuart was diagnosed, they’d previously never heard of. There had been no help for the family when Stuart died and Sue and Rachel wanted to ensure that if they could only give one other person some degree of comfort it was going to be worth it.

A support group was started and this received charity status in April 1993. Three years later sufficient money had been raised to pay one-third of the £50,000 needed for research into the disease by Dr Martin Lockwood’s team at AddenbrookesHospital in Cambridge. At the fifth anniversary of the Trust being set up there were over 500 Members – a remarkable achievement by any standards.

Over the years membership; has increased and the reins of the Trust have been in the capable hands of other Trustees whose aims are just as they were originally – to help and support you the vasculitis patient and your family and friends.

During 2011 it was decided that the name of the Trust be changed to “Vasculitis UK”.
However we still retain our links with the past and Lillian Strange, Stuart’s mother, is still our Lifelong President. 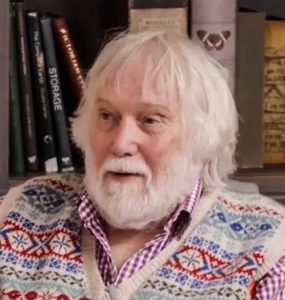 The aims of Vasculitis UK are: